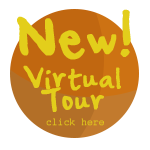 The Pallars Sobirà integrates great historical religious and civil buildings. These are the witness lives of the several historical moments that this Pyrenean territory has kept on living until the present.

In this case Casa Bellera is an interesting example of construction from the 15th century that it has been habited by the same family until today. So much like this, the same building and their architectural details show us the different historical periods, the economic and social transformations and the living of the Vall d’Àssua, the Pallars and the Pyrenees with a great wealth of details. As a matter of fact, the same conversion of a part of the house with rural tourism exploitation is a good example. The step of a big house, which even the collective memory places like heiress of the lineage of the Bellera, coming from the valley of the river Bosia or of Bellera, an antique pagus of the county of the Pallars where already at the end of the 8th century there was a castle. Family of Guillem de Bellera, who ended up being a Chief Magistrate of Barcelona from 1399 to 1405, accumulates an important political power during the 15th century with figures like Arnau he was a governor of Valencia from 1409 to 1412, where he died defending the cause of Jaume d'Urgell.

Beyond these possible mediaeval origins of a part of the house, it seems that the family that today lives in, starts at the end of the 15th Century -this it demonstrates the first documental references that we order in the private archive of the family- and a progressive expansion starts from the continued acquisition of lands, estates and properties. The first documented heir, named Pere Joan Bellera is the one that pioneers a certain enlargement of the original house of which some architectural witnesses still remain.

The construction of defensive loopholes to avoid the potential danger of the local brigandage, the great dimension of some of the perimeter walls of the original house, some dependences placed in the inside of the cellar and some of the arcades of access to the main house can be a clear witness of these first centuries of activity (S. XV-XVI).

As it seems one of the main sources of wealth of the house was already the stockbreeding -and the peasantry in minor degree- and also some moneylender activity (the many censuses, you leave and loans that they are still guarded in the family documentation attest it). The great farming power of the house, expressed for the great amounts of livestock that they brought down in the Urgell in the winter and also for the great dimension of stables and haystacks that there are around the house -and that they have been active as farming spaces until the last years of the century XX- has been undoubtedly, one of the economical bases of the family was the wool and the meat of the sheep it was some important economical assets.

Caregue is a little village of the Vall d’Àssua, region of the Pallars Sobirà, Pyrenees of Lleida. At 1.155 m of altitude is well directed and very sunny. At 12 km of Sort and at 10 km of Rialp, it is some calm and cosy village.

The Sant Martí’s church is in the centre of the village, and at 3 km on mountain up, the hermitage of la Mare de Déu de la Muntanya, at 1.360 m of altitude, patroness of the Vall d’Àssua. This has been restored little time ago and it could be visited.